A Café of Life is a unique Chiropractic practice where the doctor is serving from a place of love with the goal of core healing.  Core healing (through Chiropractic) is achieved through knowledge of innate intelligence, the principles which govern life, the philosophy of Chiropractic and ultimately……. A full-functioning, interference free Nerve System. 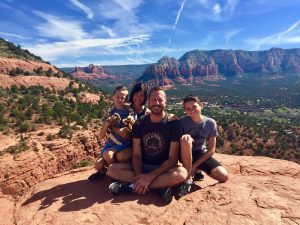 Kevin, wife Danica and their two sons, Gavin & Grayer live in Coquitlam. Kevin Graduated from Life West Chiropractic College, March of 2002. He has assisted Dr. Arno Burnier, D.C. as staff member of numerous Making Love to the Spine adjusting seminars. Kevin has also helped facilitate two Master Piece Training Camps with Dr. Burnier. The spring of 2000, Kevin travelled to El Salvador with several other chiropractors, and gave the gift of chiropractic adjustments to over 600 El Salvadorians in 5 days. Kevin is hoping to continue with chiropractic mission trips in the near future. He has lectured about Chiropractic, healing, life and universal principles at Life West Chiropractic College, California University at Berkeley and numerous Health expos.

Prior to chiropractic Kevin played professional baseball for 3 years, it was Kevin’s brother, Dr. David Ehl D.C., who helped Kevin get ready for Spring Training with the Seattle Mariners which resulted in Kevin’s best season. Later, during chiropractic school Kevin realized the connections between chiropractic adjustments and his athletic improvements, this inspired Kevin to be a Chiropractor and facilitate evolution of self and performance.